Guest blog – Is AI the key to fair and impartial recruitment? 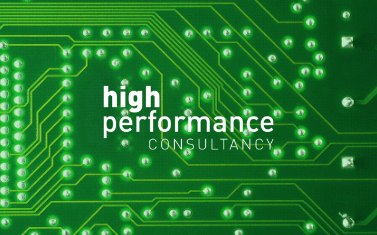 This is a guest blog from High Performance Consultancy

Bias, judgement and personal preference in job interviews may soon become things of the past as the world’s first Robo-recruiter, Tengai makes her way onto the scene.

Tengai, an AI developed by Furhat Robotics, an artificial intelligence (AI) and social robotics company from Stockholm has been designed to be the ultimate candidate screening machine. Removing bias and subjectivity from interview questions and responses, Tengai will be utilized to provide a fair and level recruitment process for all candidates.

In an effort to retain some humanity, Tengai has been designed to adopt subtle human mannerisms and mimic the way we speak. It is suggested that one to one interviews can often be intimidating for candidates, having an impact on their performance in some cases. Tengai’s soft, direct approach allows candidates to be more relaxed in the interview setting, letting their facts and statements speak for themselves with no judgement or unconscious bias.

First impressions can make or break an interview, with many decisions being made within seconds of an interview even starting. Making assumptions and judgments about someone’s competence and suitability for a role based on their gender, ethnicity, appearance or education all fall under unconscious bias and can create an unfair or inaccurate profile of a candidate that may well be perfectly suited for the position.

Tengai looks to challenge and remove this bias entirely. By eliminating pre-interview chit chat and following an identical interviewing approach for all candidates, Tengai creates a fair and level playing field for all applicants.

Following interviews, hiring managers, directors or recruiters are provided with a transcript for each interview, giving them the ability to shortlist candidates based on their responses to questions alone, with no other factors that may lead to some form of bias being included.

Of course, there will be those that oppose the use of smart AIs such as Tengai, favouring face to face human interaction. Personality, confidence and interpersonal skills can be a key indicator of a candidate’s ability to operate within certain roles and to help establish their ‘fit’ within the businesses’ office environment/culture.

That being said, with a large number of candidates feeling that they have at one time or another been discriminated against during the interviewing process based either on their gender or a different protected characteristic or trait, it may be time to actively eliminate this bias allowing for the best and most qualified candidate being recruited based on the cold hard facts.

We would love to hear your thoughts on this subject, would you embrace the introduction of AI recruiters? Let us know by leaving or comment or tweet us @oneHR_

If you have questions or queries regarding the content of this article please get in touch with the HPC team.