Will apps to report harassment solve all HR issues? 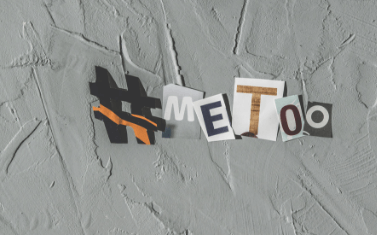 Within the world of technology numerous new apps are coming to the forefront of people’s attention in terms of harassment in the workplace. The idea of these new apps is that it is an anonymous platform for people to report harassment. However as great an idea as these apps sound they also bring their own problems.

New apps have been developed in order to help more employees come forward within their workplace and report if they are victim to any form of harassment or inappropriate behavior. These platforms will give more people to voice their problems, make more claims and increase awareness around the issue, however the big question is whether this will ultimately to the truth being told? Some examples of apps that are being used are #NotMe, StopIt and Vault which are already being used in businesses throughout the UK and US.

Since the beginning of the #MeToo movement there has reportedly been a sharp increase in the amount of claims that have been brought forward, with approximately 485 complaints being lodged within the first year of the campaign.

The continuous fluctuation within the businesses environment means that businesses need to be open and be able to adapt to harnessing new technologies within their business, and anything that could be used to help protect and safeguard employees has to be encouraged.

However, whilst new apps will act as a great platform for people to be able to come forward and report cases of harassment, HR departments need to realise that the ease and anonymity of the apps will create cases of false reports due to malice. When businesses decide to implement these apps there needs to a balance between listening to the complaints but also not being dragged into incorrect accusations which could be costly to the business in terms of time, reputation and money.

Firstly, businesses who implement these platforms must make sure that the appropriate departments have the capability to deal with an increased number of complaints and ensure that they are dealing with the issues in an efficient manner whilst still maintain a high standard of quality. As well as implementing new technologies in the forms of apps, businesses will also need new software and triage systems in order to filter and streamline the cases that are reported in order to combat the issues in a productive manner. Businesses will also have to emphasise the importance of understanding and having discussions to come to reasonable resolutions instead of just looking for revenge and punishment. This will be critical for HR departments in order for them to be able to control their workload.

With the apps emphasising anonymity to the claims, there comes the problem for businesses of how they are meant to deal with the claims without specific details and conversations with the individual employees involved. This also creates an issue in terms of where the data that is being collected is being stored due to the material being highly sensitive and potentially harmful. It is therefore critical that HR departments within businesses ensure that all data is being stored and handled correctly in order to safeguard the individuals and also the business.

When people feel that they can only come forward when there claim is anonymous, this signals that there is a lack of trust or people think that the workplace has a secretive culture. This should therefore act as a signal for businesses to look at and asses more efficient and strategic ways to encourage people to feel as if they can come forward and speak to someone about an issue without anonymity.

It is vital that employee’s voices are heard and that they feel as if they can raise issues when they occur. Harnessing new technologies within business will help with the problem of people not feeling comfortable to come forward and the use of apps is likely to become a formality in the coming months and years, therefore transforming the way certain HR practices are done.

If you have any queries with regards to the content of this article then please do not hesitate to get into contact with one of the oneHR team members: