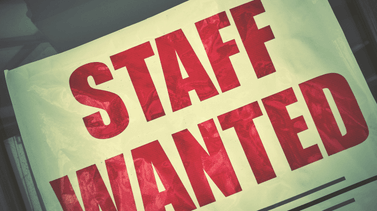 Job vacancies have reached yet another record high according to recent official statistics.

In addition, the current figures released by ONS have shown an increase of 318,000 in vacancies when compared to January to March 2020, significant figures to compare to as these are the last figures available from before lockdowns took place.

The office of national statistics also released the figures on employment and unemployment rates in the UK. These figures tell a contradicting story to the vacancies statistics.

The statistics for unemployment for June 2021 to August 2021 showed a decrease of 4.5% in unemployment, creating a rate of unemployment just 0.5% higher than pre-pandemic rates, and 0.4% less than the previous quarter.

The reason behind the vacancy statistics

The figures released by the ONS show that the labour market is continuing its return back to the pre-pandemic state.

Gerwyn Davies, Senior Labour Market Advisor at CIPD, has claimed the figures mask the increase in the number of temporary workers. “Virtually all of the extra jobs created since the onset of the pandemic are temporary staff”. Davies noted that involuntary temporary employment was still relatively high, seeing an increase of 134,000 (34%) since the start of the pandemic.

Gerwyn Davies added that the growth in contact working, which was “mainly due to certain business environment and the need to fill temporary shortages caused by self-isolation” was adversely affecting women, who accounted for the majority of the increase in involuntary temporary employment.

Neil Carberry, Chief Executive of the Recruitment & Employment Confederation (REC), also cautioned that the current shortage of workers was driving a “sugar rush in the labour market” that “Cannot last forever”. He said, “Competition for staff is fierce. Our own figures for the month of September back up the ONS data showing that salaries are increasing, especially in sectors where shortages are most acute”.

Carberry called on the government and businesses to work together to “delivery sustainable growth” and productivity. “That means investing in skills, especially at the lower levels, supporting younger people into work and helping firms to compete internationally.”

Matt Weston, UK Managing Director of Robert Half, added that demand for skills is outstripping the supply, many candidates are receiving multiple job offers. “Businesses need to pull out all the stops,” he said, “Salary alone is not enough, employers must review the benefit of their offer and promote their values to set themselves apart”

What do the vacancies mean for employers?

Separate research, released earlier in October by Gartner Candidates Panel Survey, also found that in the past year;

The release of the statistics by ONS has furthered the worry of a labour shortage for employers. However, the statistics have also shown that the employment rate is growing, almost reaching the same rates as were seen pre-pandemic. This means that employers may need to start re-evaluating what they offer because, as previously discussed, salary is no longer the most important factor to many potential candidates.

Thank you for subscribing to our newsletter.