Favouritism within the workplace 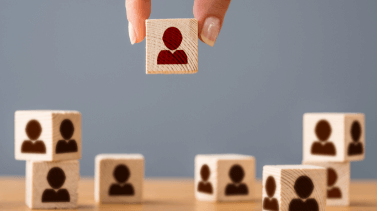 An issue within the UK, that is seemingly going unnoticed, is stunting growth of employees and that issue is favouritism within the workplace. Just 53% of employees in the UK believe that everyone in their organisations are given a fair chance to grow and develop.

Recently the O.C Tanner published the 2021 global culture report within which favouritism in the workplace was one of the discussion points with participants. Tanner had over 40,000 employees and leaders around the world, including almost 2000 from the UK, participate in the study.

The results of the report are an interesting development when viewed in the perspective of employers in the UK. This is because the report stated that almost half of employees in the UK believe that favouritism impacts the organisations’ recognition and reward programs.

The Ease of Favouritism

The O.C. Tanner have discussed the results of the report, commenting that favouritism very easily creeps into the working life of an organisation. The O.C. Tanner also remarked that those who are perceived to be ‘High flyers’ by managers are likely to be given preferential treatment to develop in their careers.

Favouritism often goes unnoticed and unchecked within the workplace which allows for it to easily creep into working life. This is especially true as when favouritism is noticed, it is usually swept under the rug and not properly addressed when questioned.

One of the main issued with favouritism within the workplace is that it is often performed discreetly and often has no intent to cause harm, however once noticed by employees, Favouritism is likely to cause lots of damage to the organisation in terms of employee engagement and development as many employees will begin to switch off and give minimal effort due to the lack of potential to be rewarded for achievements and actions.

How to Combat Favouritism

Due to the impact favouritism can have on the organisation and its workforce, it is crucial for organisations to acknowledge and address before the issue becomes irredeemable.

One way businesses can do this according to the recommendations of the O.C. Tanner, is by implementing a fair and transparent process that removes the chance for favouritism to creep in to decision making unnoticed. Organisations should look to train their managers on how to spot, address and avoid favouritism in order to keep the workforce happy and motivated.

In addition to these points, O.C. Tanner also suggested that companies should ensure their opportunities for growth should be inclusive to all staff member, and staff recognition should be built into the company’s culture.

The report found that only 38% of companies have incorporated recognition into the everyday culture of the business. In addition less than half UK employees reported that there was recognition efforts and accomplishments within the past month, demonstrating the absence of recognition within most business cultures.

O.C. Tanner suggests that a recognition led workplace culture where appreciation takes place and both managers and peers can reward employees for the efforts, the aim of this is to avoid culture of favouritism within the business as the decision is not down to one person alone.

At the very worst, favouritism can lead to a toxic relationship between employer and employee, the growth of a culture of resentment and barriers to career progression to thee workforce. This is why it is becoming ever more important that employers recognise and address the issue of favouritism, before the implications can take full effect.

For businesses, it is imperative for leaders to acknowledge the issue of favouritism. Once acknowledged, leaders can then start to initiate conversations with managers on how to avoid the issue in the workplace, and the best ways to implement a system and culture that has no room for favouritism to begin to enter unnoticed.  Ensuring every member of the workforce can be given an equal chance at opportunities for development, not just those who are well-liked by managers can be done by prioritising inclusivity within the workplace culture and decision making process.