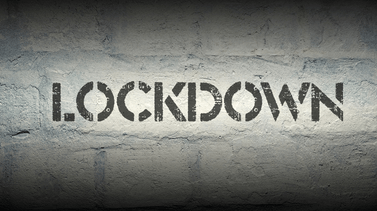 Nearly 2 million Austrians are currently in lockdown as the Austrian government has placed only the unvaccinated into a strict lockdown. Chancellor Alexander Schallenberg discussed the controversial decision, stating the government was “not taking this step lightly” but it was “unfortunately necessary”.

Those who are currently not fully vaccinated are required to stay in their homes at all times, except for limited reasons, such as attending work or purchasing food. Those who are exempt from the restrictions include individuals that have recently recovered from the illness or children under the age of 12.

Measures were introduced on Monday (15th November 2021) amid mounting pressure on the nation’s hospitals. 65% of the Austrian population are fully vaccinated, one of the lowest rates amongst nations in Western Europe. In addition to this, Austria has seen a 7-day infection rate of 800 new infections per 100,000 people, one of the highest rates in the region.

This is not the first step the Austrian government has taken in an attempt to curb the rising rates within the country. Previous to the enforcement of the current measures, unvaccinated citizens had already been banned from visiting restaurants, hairdressers, and cinemas.

Mr. Schallenberg stated “in reality, we have told one-third of the population; you will not leave your home apart unless for certain reasons. That is a massive reduction in contact between vaccinated and unvaccinated individuals”

The current restrictions the unvaccinated people of Austria are seeing will initially last 10 days but may last longer if Austria fails to see a decrease in Covid-19 infections.

The government has confirmed that police will carry out spot checks in public places with the aim to determine the vaccination status of those in the area and issue fines to those breaking the restrictions. Fines could be up to €500 (£426/$572) for those who violated lockdown restrictions whilst a penalty of €1,450 will be given to those who refuse police checks.

The announcement led to a last-minute rush at vaccination centres in upper Austria on the eve of the enforcement of the lockdown.

Opinions of the Lockdown

Many within the nation have voiced their disapproval of the decision to implement a lockdown for the unvaccinated. Over the weekend, hundreds of Austrians protested outside of the chancellery in the Austrian capital of Vienna, waving banners that read ‘our bodies, our freedom to decide’. One female protester said she was demonstrating to “fight for my rights” she continued “it is totally discriminatory what is happening here”

Prof Eva Schernhammer of the medical university of Vienna spoke about the restrictions, spoke on how measures were needed, and warned that the intensive care units of hospitals around Austria were filling up. They said “It is already projected that within two weeks we’ll have reached the limit”

Critics of the lockdown have questioned whether the move is constitutional, with the far-right freedom party claiming the move will create a second class of citizens.

Overall, Europe is once again an area that is most seriously affected by the pandemic. Several countries have been introducing restrictions and have warned of rising cases.

The United Kingdom currently has one of the highest covid-19 infection rates and is yet to introduce restrictions, despite health leaders calling for rules such as mandatory face coverings in crowded and enclosed spaces to be brought back in order to avoid the possibility of a winter crisis.

In Germany, which currently has 67.3% of the population fully vaccinated, the federal government and state leaders are due to meet at the end of this week to discuss the introduction of possible new restrictions. Germany recently designated Austria as a ‘high-risk area’, requiring those who arrive from the nation to enter quarantine.

The Netherlands have recently introduced ‘lockdown-lite’ measures to limit the social contact between the populations. These restrictions include requiring shops and restaurants to close early, as well as no spectators at sporting events.

Vaccination rates are significantly lower in some eastern European nations.

Latvia, which currently has only 59% of the population fully vaccinated, were forced to reintroduce lockdown measures last month (October) due to the increasing rates. In addition to this, Latvian lawmakers who refuse to receive the covid-19 vaccine have been banned from voting on laws and taking part in debates until mid-2022, in addition, they have also seen their pay docked.

In Russia, where only 35% of the population is fully vaccinated, measures were introduced at the end of October 2021 that saw shops, restaurants and schools closed in a partial lockdown, whilst workers received nine days of paid holiday to curb infections.

Some nations outside of Europe have also introduced measures applying to the unvaccinated;

In Australia, the state of Queensland will bar unvaccinated people from restaurants, pubs and sports events from 17 December. In addition, Singapore has said that those who remain unvaccinated by choice will have to pay for their own medical bills from December.