Bradford Factor – Is it fair and how does it work? 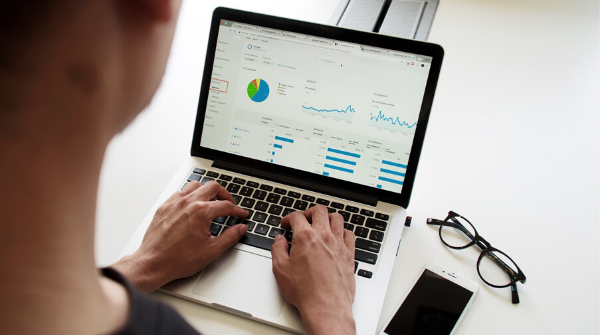 What is the Bradford Factor?

The Bradford factor is designed to alert a business of any patterns of absence by scoring employee’s absence based on both the length and frequency.

The research was originally conducted in 1980 by the Bradford University School hence the name ‘Bradford factor’.  Their research indicated that frequent short- term absences are more disruptive to a business than infrequent, long term absence.   Therefore, someone taking numerous non- consecutive absences would accrue a higher score than someone absent for the same number of days taken in one consecutive block.

How does it work?

Here is an example;

John takes six days in a row and then comes back to work within a twelve-month period.

Paul takes one sick day every couple of months across a twelve-month period.

John’s Bradford factor score would be;

Paul’s Bradford Factor score would be;

The Bradford Factor gives Paul a higher score than John and suggests that Paul’s absences have a larger effect on the business.

How is this then applied to the business?

One of the advantages of the Bradford Factor is that it’s a mathematical system (I love a good system). You work out scores using the formula.

As a person’s score goes up, they might hit certain trigger points. For example:

Is the Bradford Factor fair to use?

Whilst I am going to appear biased now, as I really like to use the Bradford Factor, it is important that I highlight the potential flaws to this absence management tool.

The brilliance about the score is that it takes away employer subjectivity.  It is open, transparent and allows you to be consistent in approach.  It is also far more difficult for an employee to try and manipulate than say a ‘trigger’ approach.

However, one of the risks of using the Bradford Factor score without taking into consideration individual differences is that of indirect discrimination.  As we all know, no two members of our team are the same and we must ensure there is no underlying condition/problem that we have missed that is causing the absence in the first place.  Ultimately, we should be using this tool to bring about improvement and resolve/support any underlying issues that are causing the absence.

Let’s take the example I gave above; John may have been absent with a stomach bug.  Whereas Paul keeps having 1 day every couple of months and reporting this as severe ‘stomach cramps.  This is a true story (I have just obviously changed the names) of an individual that was reported to me by their Line Manager as being problematic.  I asked the Line Manager if they had conducted meaningful return to work meetings, and by this I meant not just an awful tick box exercise that soooo many Managers conduct!  To cut a long story short, they had not, so I suggested that they did and discussed with Paul the fact that all instances of sickness are for the same issue.  We suggested to Paul that he go and see his Doctor to discuss and that we would support/accommodate this for him.  After several tests Paul was diagnosed with stomach cancer.  Ironically, the absence process saved his life and Paul is now fully recovered.

Whilst this story is quite a rare and dramatic case, I hope it gets the point across that you must explore and have deep and meaningful conversations with your people when they return to work about their absence.  Paul potentially would have been issued with a warning; had we had followed the policy to the letter.

Return to work interviews are an absolute must for any absence process.  They provide a good opportunity to learn more about why your employee was off sick, what you could do to help them and to make sure they are fit to work again.

I have presented above the pros and cons of using the Bradford Factor within your business to help manage absence.  Whilst I have had huge success in implementing this for many clients over the years, it has been part of a comprehensive policy.