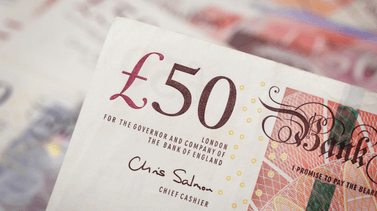 HM Treasury has announced that the national living wage is set to be increased on 1st April 2022. It is believed that the increase will have a positive impact on the lowest earners in addition to the economy, allowing those who earn the least to receive an estimated £1000 increase in annual income.

The decision to increase the NLW has arrived after the Low Pay Commission (an independent advisory board that brings together economists, employer and employee representatives) advised that the NLW should be increased to a range of £9.35 to £9.49 earlier in the year. The increase will see a 59p increase per hour (an increase of 6.6%) for workers over the age of 23, from the current rate of £8.91 to a new rate of £9.50 per hour. This 6.6% increase in the national living wage is more than double the current 3.1% CPI inflation rate.

The reasons behind the increase

The Treasury issued a statement on the increase saying “By introducing these changes, which are broadly consistent with previous increases, the government accepts all recommendations made by the Low Pay Commission”

The statement continues “The government remains committed to meeting its ambitious target of a national living wage of two-thirds of median earnings and expanding it to include workers over the age of 21 by 2024, provided economic conditions allow.”

When discussing the increase, Chancellor Rishi Sunak said “This is a government that is on the side of working people. This wage boost ensures we’re making work pay and keeps us on track to meet our target to end low pay by the end of this parliament.”

TUC general secretary Francis O’Grady said about the increase; “With Britain in the midst of a cost-of-living crisis boosting the minimum wage is vital. But the government must set its sights higher. We need a £10 minimum wage now, and we need ministers to cancel the cut to universal credit.”

O’Grady continued, “This increase won’t come into effect until next spring by which time many household budgets will have been hammered by rising bills and the universal credit cut.”

The recruitment and employment confederation believes that the increase will put pressure on sectors such as care and hospitality. A spokesperson issued a statement; “The big unanswered question is about the progression from lower-paid roles – too many workers are locked out of supported training by the inflexibility of the apprenticeship levy. We need a reformed model, where temporary and flexible workers people can do shorter bursts of training that reflect labour market needs and raise their pay”