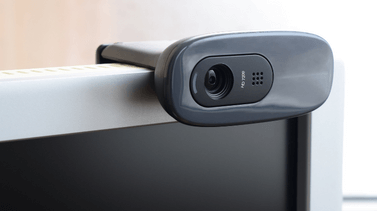 Recent research has found there has been a surge in employee surveillance by employers since the introduction of remote working.

The research has found that younger workers are the most affected by the increase in surveillance. Of all remote workers aged 18 and 34, almost half (48%) report being monitored at work.

Employers must be cautious with Surveillance

Senior researcher at the CIPD, Hayfa Mohdzaini, has discussed the research, saying that employers do have the right to monitor employees, however, staff must be informed of any surveillance and any measures the business takes must be “relevant, necessary and respect people’s privacy”

Mohdzaini offered a suggestion to employers, recommending they discuss potential monitoring with their employees before committing to surveillance. “Sharing work in progress on shared drives and regular updates with line managers” could be effective alternatives to at-home supervision.

Rachel Tozer, Employment law partner at Keystone Law, believes employers need to be cautious of data protection laws when introducing employee surveillance. “Since the introduction of GDPR, there are additional legal considerations that employers must follow and they can no longer rely on employees giving their consent via a data protection clause in their employment contract,” said Tozer, reminding employers that financial consequences for breaching data protection rules could be substantial.

What do employees think?

The research discovered that the majority of employees would support some form of webcam monitoring control. 52% of those participating stated they believed the use of webcams for monitoring at home should be banned and 20% said it should be heavily regulated. Only 8% of participants believe employers should be able to single-handedly decide when to use at-home camera monitoring.

Prospect’s General Secretary, Mike Clancy, has called for the introduction of legislation to protect the privacy of staff, “We are used to the idea of employers checking up on workers, but when people are working in their own homes this assumes a whole new dimension.” Clancy said. “We think that we need to upgrade the law to protect the privacy of workers and set reasonable limits on the use of this snooping technology, and the public overwhelmingly agrees with us.”

The trade union also called on the Information Commissioner’s Office (ICO) to introduce stricter measures to combat workplace surveillance. There are many measures being called for, including a total ban on webcam monitoring outside of calls and meetings.

Chi Onwurah, Labour MP and shadow minister for science, research, and digital, also called for the government to urgently provide better regulatory oversight of online surveillance software to ensure people have the right to privacy whether in their workplace or home. “Workers should not be subject to digital surveillance without their informed consent, and there should be clear rules, rights, and expectations for both businesses and workers,” Onwurah said.